Opportunities Don’t Come To You On The Couch 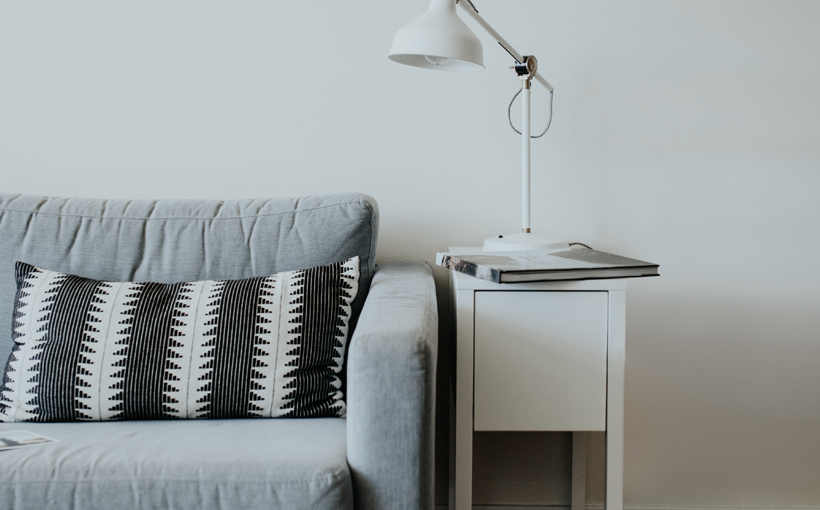 Getting off the Couch

It’s a saying I’ve only stated once or twice.  As I used to be the person content on the couch.  Going out is scary and unnerving and I’m not the best at small talk.  But if I had stayed on the couch on October 18th 2014 my life would be completely different.  It made me a believer in the statement I have only recently found within myself and showed me the power of networking.  Really, if we get right down to it, trying and being involved in things you are passionate about.

Before that date I simply went to school.  That was it.  Tuition and board was covered.  And I was allotted $50 a week for the phone bill, gas, and food.  Now a sophomore, the university was throwing the word internship at me every other day.  But I wasn’t ready, my skills were not where I wanted them to be and applying/interviewing sounded stressful.  I had peeked my head into the Women in Electrical Engineering and Computer Science RSO and that was about it for extra curriculars.

One day they asked for volunteers for this convention coming to UCF.  A convention under the non-profit Tech Sassy Girlz.  Their mission was to help young girls get interested and stay interested in STEM.  That struck a chord with me; I cared about that cause very much.  And so I gave up my Saturday of playing video games to volunteer with this organization for 5 – 6 hours. On the scale of opportunities I’d like to be involved in vs not, this was definitely something high on my list. I love teaching, especially technology.

I helped with registration, the college tour, and various other organizational tasks.  Soon, I made friends with the director’s family through shared struggles within the event.  To the point they asked the director, Laine, who the new girl was in her organization.  She didn’t know the assumption was that she hired me on board with her non-profit.  We talked for a little, especially after her inspiring closing marks speech, and she asked about my aspirations and education.  I let her know I really enjoyed programming and web design; she pointed me towards her husband, Courtney, who owned a small technology company, AceApplications.  I talked with him and he gave me an application for a stipend internship.  Later saw my place of privilege for even being able to consider a position like that.

I filled out the application, completed my phone interview, and received acceptance into the company as an intern on January 2015.  Fast forward to summer 2015.  Courtney and Laine had taken me to a mobile design workshop at Canvs, a co-working space in downtown Orlando.  It was a small group, only about 25 people in attendance.  We went around the room introducing ourselves.  I stood up, stated my name, major, and my minors.  I found most were business professionals and not students, but rather heads of the company or specific departments interested in this mobile design information.  Soon after was a 10 minutes break and I was approached by two women, both holding potential job offers.  One in security and one in entrepreneurship.  Pam Hoelzle who at the time was the director of the UCF Blackstone LaunchPad was one of the women who approached me. More opportunities.

The LaunchPad was a place for students to receive free one on one venture coaching regardless of what stage of their business they were in, facilitated through the Center for Entrepreneurial Learning.  Pam was interested in having me coach.  At this point I had already taught some middle and high school girls in the TSG summer camp program and was trying to think of how to begin my Etsy store.  I met up with Pam to get tea talk things over.  I came with no resume, just a blank notebook and questions.  But to my surprise she offered to hire me then and there, with the requirement only being the amount of hours to work and the need to attend training.  I accepted and began coaching August 2015.  I now had two jobs.  Each filling a passion.

With some new inspired curiosity from my position at AceApplications, I happily applied for the chance to get a full Nanodegree scholarship to Udacity’s Front-End Web Developer course.  I was luckily accepted and was able to extend my skill set further into API interactions and MVC frameworks.  It was one of the most valuable courses I was able to take, even within my college career.

From those two events came Xplicit Xpression, web design freelance (which supported a townhouse purchase), and a whole bunch of new supportive friends.  Sometimes I think about this journey and the what if part of it.  What if I had stayed home? I definitely would of never found these opportunities. They’ve changed me in way I couldn’t imagine.

AceApplications, the LaunchPad, Udacity, and my personal projects were able to work together to provide me a new exciting opportunity as a Front End Web Developer with a new company.  I took the position and while the transition has been nerve wracking, it was absolutely worth it.

This is what I have to offer to you.

Go out.  Try new things.  They don’t have to be completely outside your comfort zone;  Be involved.  Find your community.  Find your passion and pursue it.  If it can’t be your main path, if it’s not the exact way you want to do it, try it anyway!  You’ll never be ready.  You’ll never be prepared enough.  Do it anyway.

Opportunities don’t come to you on the couch.

Feel free to reach out here if you’d like to talk more!